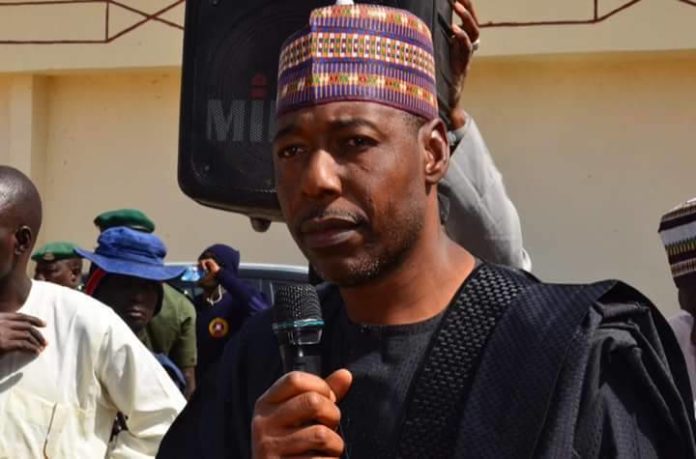 Governor Babagana Zulum of Borno State has said that Boko Haram torched 47,615 houses, classrooms and municipal buildings in the last decade. The over decade terrorism has also claimed 32,000 lives with property worth $9.2 billion (N3.42 trillion) in Borno, Adamawa and
Yobe states.

Zulum disclosed this at the weekend to an 18-member House Committee on the North East Development Commission (NEDC) at Government House, Maiduguri.

According to him, the statistics on massive destruction of property are devastating and scaring. “The Boko Haram insurgency has also triggered acute humanitarian crises,” he said, adding that the over a decade long terrorism has devastated the social and economic impacts on people.

He told the legislators that there were also “deepening fragility and poverty” in the Northeast sub-region. While lamenting massive destructions of property, he said: “The insurgents have destroyed over 400,000 houses in the state. About 5,000 classrooms were also torched.

“No less than 202 health centres were destroyed along with the torching of 1,613 water supply points,” he said. He added that other infrastructural facilities and public buildings destroyed include, 713 energy distribution lines that plunged the state into darkness for over two years.

According to him, 800 municipal buildings were set ablaze, including hospitals, police stations and 22 council secretariat complexes.

“We also have over a million IDPs in the state,” he said, stating that the task is enormous. He, however, noted that credit must be given to Federal Government, because about 22 councils were under the control of Boko Haram. He said that from September 2015 to date, most of the councils were fully recovered, despite the challenges being faced in the state.