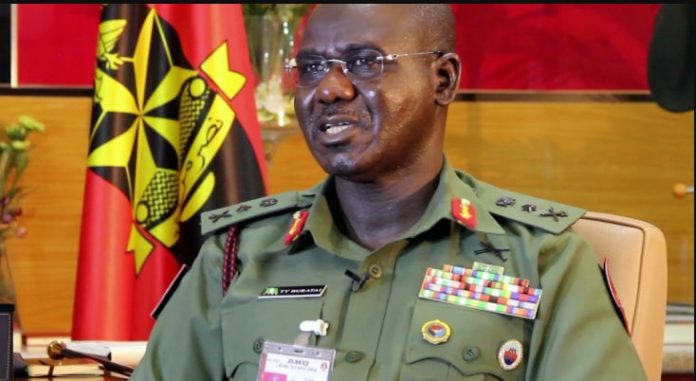 Chief of Army Staff, Tukur Buratai, has narrated how his deputy, Lamidi Adeosun, saved his life when he was ambushed by Boko Haram terrorists in the North-East.

He said Adeosun, who is the present Chief of Training and Operations, was a competent officer, whose effort in rejigging the army paved the way for the successful operations in the battle against insurgency in the North-East.

He said, “When I had the first ambush, he was with me in the vehicle, by my side. It happened on the 18th of September, 2015, and I can see the courage he exhibited.

“And he was able to mobilise the troop to counter the bandits, the criminals, the terrorists out of the way. So, his elevation is not new to me. He deserves it.

“When I was appointed as the Chief of Army Staff, I met Lamidi Adeosun at the North-East. I met Adeosun as the commander of operations there and he started the rejigging processes of the Nigerian Army and we commenced our upward and progressive movement towards the technical defeat of Boko Haram.”