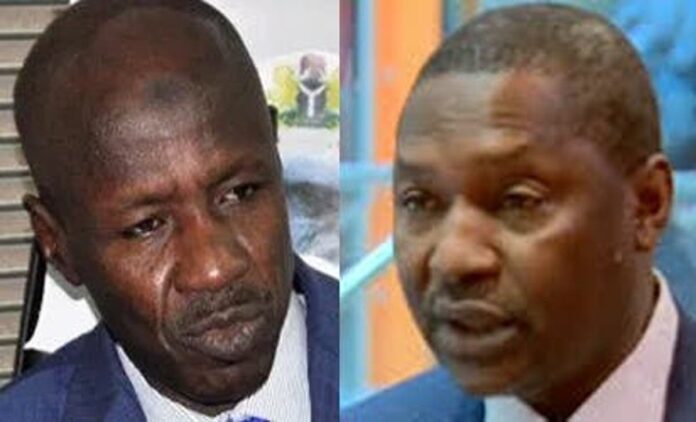 The Presidential Investigative Panel established by President Muhammadu Buhari to probe the activities of suspended Acting Chairman of the Economic and Financial Crimes Commission, Ibrahim Magu, has been given fresh six weeks to continue with the work.

Head of the panel, Justice Ayo Salami (retd), has applied to travel to the United Kingdom to “investigate” the case of a former Minister of Petroluem Resources, Diezani Alison-Madueke, who has been accused of financial misappropriation on a grand scale.

In a bid to nail Magu, the panel is planning to bring ex-Chairman of the defunct Pension Reform Task Team, Abdulrasheed Maina, to testify against the former acting EFCC boss.

It was gathered that the Attorney-General of the Federation, Abubakar Malami, has encouraged Maina to write a petition asking for a review of his case in order for the plot against Magu to materialize.