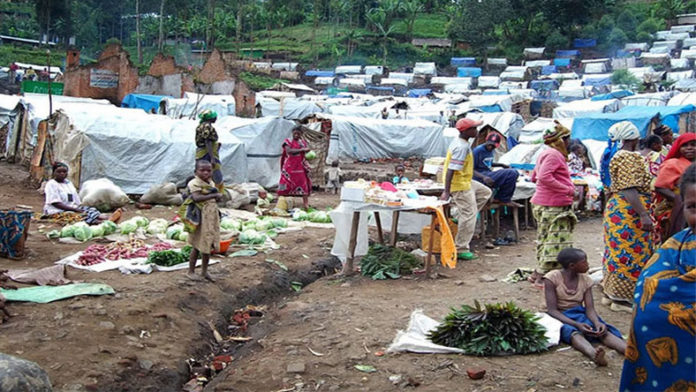 Speaking to The Guardian at the first anniversary of the creation of Ministry of Humanitarian Affairs, one of the inmates, Hamsetu Hamman, lamented that the only clinic in the camp was just an empty termites-infested cabin.

She said lack of medical facility endangered the women during childbirth, adding that they could not afford the national hospital.

Between 2014 and 2015, the Boko Haram terrorists in the North East left IDPs, mainly women and children, seeking refuge in other states, including the FCT.

Hamman said, at the Wasa camp, most of the IDPs were helpless, as they lacked money for medicare; so they pleaded with the minister to come to their aid.

Chairman of the camp, Geoffrey Bitrus, called on the Inspector-General of Police (IGP) to consider the IDPs when recruiting into the Nigerian police, so they could help fight insecurity.

According to him, many of the inmates are educated up to degree level.

Another leader in the camp, Usman Ibrahim from Gwoche Council in Borno State, commended the minister for treating them nicely.

He affirmed that their major challenge was lack of medical facility, as the only clinic had not been functional.

On their temporary settlement, he called on the Federal Government to build another makeshift settlement for them because Federal Capital Development Authority (FCDA) agents were harassing daily to leave the estate.

“We call on government to come and do a makeshift shelter for us, so that FCDA will stop harassing us,” he pleaded.

The director overseeing the office of the permanent secretary, Grema Alhaji, who represented the minister, said his principal decided to celebrate the first anniversary of the ministry with the IDPs at Wasa to give them a sense of belonging

Gift items distributed to the IDPs include 160 pieces of six-yard wrapper, 22 cartons of milk, five bags of sugar, 25 gallons vegetable oil, 60 bags of rice and 15 bags of beans.