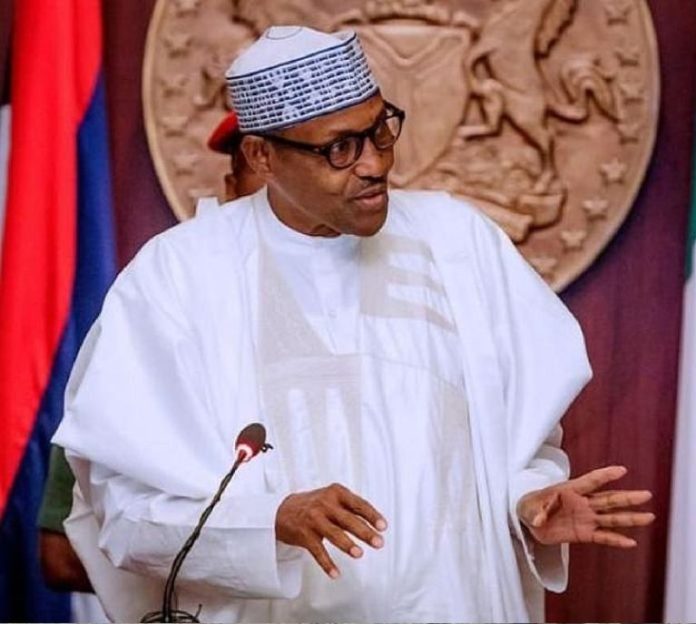 Commercial city Lagos, capital city Abuja and industrial hub, Ogun State, will remain under a lockdown as the Federal Government steps up the battle to contain the coronavirus pandemic.

The shutdown, which will be for an initial two weeks, “is the containment period to identify, trace and isolate all individuals that have come into contact with confirmed cases,” President Muhammadu Buhari said last night in a broadcast to the nation.

As of 10pm on Sunday, there were 111 cases of coronavirus in Nigeria.

It has spread to 12 states and the Federal Capital Territory (FCT).

The broadcast was the first time the President would speak since the pandemic found its way into the country through an Italian who travelled from Milan on February 27.

Before now, states have been taking steps to secure their boundaries – including restriction of human and vehicular movement but the President said the time had come to work in synergy.

The president said the total shutdown is limited to Lagos and the Federal Capital Territory because the infections are prevallent there and in Ogun State because of its contiguity to Lagos, “and the high traffic between the two states.”

In the address that lasted for about 18 minutes, the President said: ”I am directing the cessation of all movements in Lagos and the FCT for an initial period of 14 days with effect from 11pm on Monday, 30th March 2020.

While the lockdown lasts, ”All citizens in these areas are to stay in their homes. Travel to or from other states should be postponed.

”All businesses and offices within these locations should be fully closed during this period.

”Movements of all passenger aircraft, both commercial and private jets, are hereby suspended. Special permits will be issued on a needs basis.”

He however made exceptions to essential service providers like electricity, food processing, telecommunication, media, petroleum transportation and medical workers.

“’Although these establishments are exempted, access will be restricted and monitored,” he explained.

The President said he had briefed the governors of Lagos and Ogun States as well as the Minister of the FCT, adding that heads of security and intelligence agencies had been briefed.

Seaports in Lagos are exempted. He directed them to remain operational “in accordance with the guidelines I issued earlier.”

He said “vehicles and drivers conveying essential cargoes from these Ports to other parts of the country will be screened thoroughly before departure by the Ports Health Authority.

“Furthermore, all vehicles conveying food and other essential humanitarian items into these locations from other parts of the country will also be screened thoroughly before they are allowed to enter these restricted areas.”

The President rolled out a set of relief package for the under-privileged, who might be hardest hit by the restrictions.

“Although schools are closed, I have instructed the Ministry of Humanitarian Affairs, Disaster Management and Social Development to work with State Governments in developing a strategy on how to sustain the school feeding programme during this period without compromising our social distancing policies.

The president also directed that a three-month repayment moratorium for all TraderMoni, MarketMoni and FarmerMoni loans be implemented with immediate effect.

He directed that a similar moratorium be given to all Federal Government funded loans issued by the Bank of Industry, Bank of Agriculture and the Nigeria Export Import Bank.

”For the most vulnerable in our society, I have directed that the conditional cash transfers for the next two months be paid immediately. Our Internally displaced persons will also receive two months of food rations in the coming weeks.”

The president also enjoined all Nigerians to take personal responsibility to support those who are vulnerable within their communities by helping them with whatever they may need.