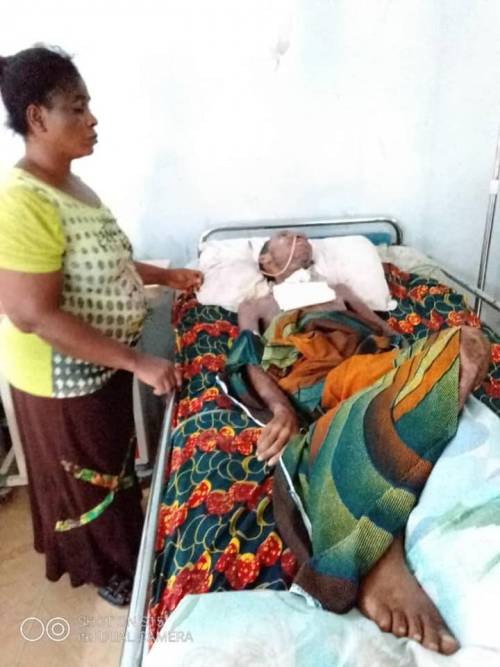 A victim, identified as Ogbonna, a native of Okposi in Ebonyi State but resident in Bayelsa, was crossing the road to get to the other side to buy some items on May 6, 2019 when he was knocked down by the speeding police van near Ekeki Motor Park in Yenagoa, the state capital.

Shedrack Ogbonna, a phone repairer in Yenagoa, Bayelsa State, has been abandoned in hospital by some policemen, who knocked him down with their van while driving against traffic.

It was gathered that the team of policemen in the van quickly rushed him to the Emergency Unit of the Federal Medical Centre in Yenagoa where it was confirmed that he had suffered severe brain injury.

He was later transferred to the Intensive Care Unit for further medical attention.

However, the policemen upon dumping him at the hospital, fled the scene.

Since that period, Ogbonna has been battling to stay alive with the injury taking a heavy toll on his health and finances of family members.

The victim is crying for help to pay for medical care needed to save his life.