Emergency Digest
Home Comments Sowore: DSS Resistance and Mockery of the Rule of Law, By Rabi’u... 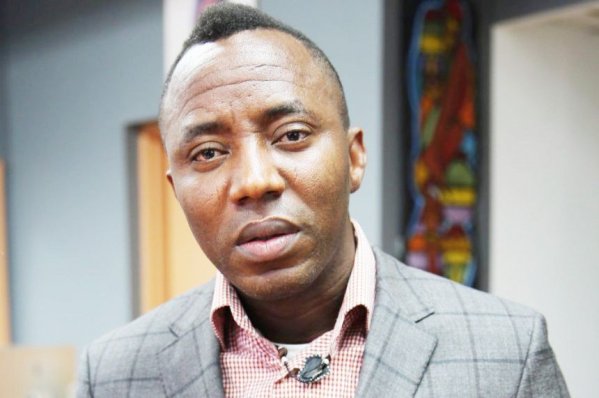 Sowore: DSS Resistance and Mockery of the Rule of Law, By Rabi’u Musa

EMERGENCY DIGEST – The convener of #RevolutionNow, Omoyele Sowore has spent over 100 days in DSS custody since his arrest on August 3rd 2019 in Lagos, ahead of his protest. He was later moved to Abuja where he has been detained the DSS.

Following the Court order to release him by a Federal High Court on Tuesday and the DSS’s refusal to release him as ordered by the court, there has been nationwide outrage regarding the continuous detention. This has indeed portrayed the agency’s arrowhead by insisting that the sureties who stood for him must be the ones to collect him as a direct mockery of the rule of law.

The court ordered the activist to be released to his lawyer Mr. Femi Falana (SAN), who is to produce him for arraignment whenever he is required.The DSS has on Tuesday also expressed readiness to release the activist through its spokesperson, Mr. Peter Afunanya, but only to his sureties, which is contradicting previous court order.
DSS’ action has prompted dismay nationwide, thereby portraying Nigeria to the international community as undemocratic and adamant to rule of law.

Since a competent court or law has granted him on bail, it’s therefore, unlawful, unconstitutional for the DSS to continue keeping him in their custody by seeking cover from the layer of who collects him. The Court must have verified all the sureties and ensured that he met and complied with all his bail terms and conditions before granting him the bail.

Any resistance to assent to the court order will only continue to cause reputational dismay for the country. Any attempt to continue holding a suspect after being released by the court amounts to breaking the rule of law and is tantamount to generating civil unrest and downgrade to various international covenants and treaties, which Nigeria is a signatory.

The DSS should therefore do the needful and operate based on the principle of rule of law.
I hereby call on the all the well meaning Nigerians and relevant authorities to lend their voices and ensure that justice prevails above all in Nigeria.

Rabiu Musa is an intern with PRNigeria Centre, Kano and can be reached on: [email protected]

Mitigating the Menace of Climate Change in Nigeria