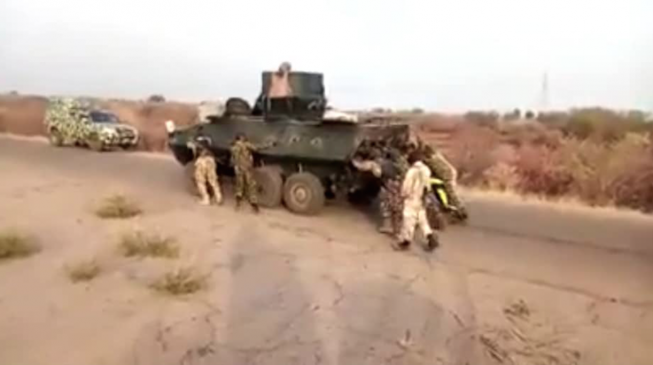 In what appears a frontline in the fight against Boko Haram insurgents, the soldiers were heard saying “they are pushing APC by number. Nigerian army, there is problem.”

An APC is a combat vehicle designed with arms and equipped to transport squad of soldiers.

Lately, military formations have been attacked and troops have been complaining of lack of equipment to help their fight against the insurgents.

“Most of the APCs are with faulty engines,” a soldier told TheCable.

“The APC mainly has two engines, one to power the barrels and the other the wheels. But when one is faulty, we put all the loads on the one functioning and if you advance for five minutes it starts to overheat.”