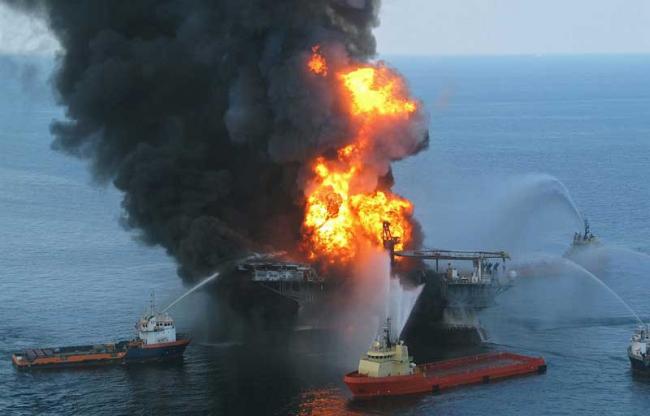 10 crew died and another 10 were missing presumed dead in a fire that broke out on two ships while they were transferring fuel in the Black Sea, Russia’s Transport Ministry said on Tuesday.

The vessels which caught fire on Monday have the same names as two Tanzania-flagged ships the Maestro and Venice, which in 2018 were included on a U.S. sanctions advisory as delivering fuel to Syria.

12 people were rescued from the burning vessels but there was little hope of finding any more survivors, a spokesman for the Transport Ministry’s maritime unit said.

The focus had switched from a rescue operation to a search for bodies, he added.

The spokesman said the vessels, which had a combined crew of 32, were still on fire and rough no attempts were being made to put out the blaze because of rough sea conditions.

Russian maritime officials said earlier that the vessels were carrying out a ship-to-ship transfer of fuel in the Kerch Strait, which separates Crimea from Russia.

On Nov. 20, 2018, the U.S. Treasury Department added nine Russian and Iranian individuals and companies on its sanctions list for participating in the shipment of petroleum to Syria.

It also issued an advisory note warning of the potential sanctions risk for any entities involved in such shipments which listed 35 ships, including the Maestro and Venice, as having delivered oil to Syria between 2016 and 2018.

Reuters reported in December that both the Maestro and Venice continued operations after the Treasury announcement, and regularly entered Temryuk port, in Russia’s Krasnodar region, according to Refinitiv data.

In the port, liquefied petroleum gas of Russian and Kazakh origin is transferred onto tankers for export, via the Kerch Strait.

The strait, between Russian-annexed Crimea and southern Russia, connects both Russian and Ukrainian ports in the Azov Sea to the Black Sea.

Protesters clash with police outside parliament during rally against Macedonia deal

In November, Russia detained three Ukrainian navy vessels and their crews in the vicinity of the strait, fuelling tensions between the two countries.

Russia annexed Crimea from Ukraine in 2014.