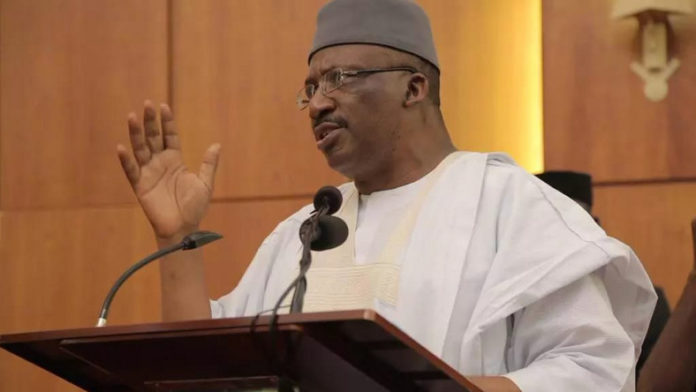 The Minister of Interior, Lt Gen Abdulrahman Dambazau (Rtd), has said that it has mapped out resolutions to end Herders/Farmers clashes adding that part of the resolutions is that there should be an international clearance certificate for the herders moving from one country to another.

Speaking at a ministerial press briefing on Thursday in Abuja tagged “The Journey So Far” the Minister rolled out the Ministry’s success record under his watch to include Automation of citizenship and business department, Prison reform, reforms of the Federal Fire Service, Police reforms, and Immigration Service reforms amongst others.

According to him the security agencies under the Ministry has been working in synergy to ensure security and that it has to its credit the ease of doing business, Visa-On-Arrival, Harmonized Arrival/Departure Cards, Provision of additional residence Card Centers and has generated revenue.

He averred that climate change and growth in population is majorly responsible for the problem stressing that is practically impossible to stop the free movement of cattle across the borders and within the countries because Nigeria is signatory to ECOWAS protocol and free movement.

Dambazzau said the Ministry is saddled with the constitutional responsibility to provide internal security and that it has held some meetings on how to end the problem.

The herders/farmers clashes had, in the last two years led to the destruction of so many property and several lives lost, majorly in Benue, Plateau, Taraba and other states in the North-central part of the country.

“Part of the problems is that there have been cattle routes over the years but because population growth and climate change even farmers are moving from their traditional communities, moving elsewhere because of climate change, so now they are occupying the routes created for cattle.

“Now, population growth has made it possible for people to also built homes along those routes, so when those herders are moving, they now have to look for alternative routes, in the event they destroy farm. So, this is what is happening.