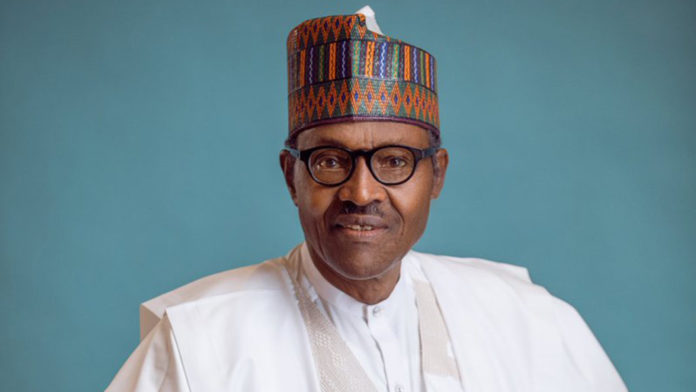 Outcome of Buhari and Herdsmen meeting at Presidential villa

President Muhammadu Buhari has appealed for accommodation and tolerance among cattle herders and farmers throughout the country.

According to a statement made available by his Senior Special Assistant on Media and Publicty, Garba Shehu, Buhari spoke at the State House when he received the leaders of the Miyetti Allah Cattle Breeders Association of Nigeria, MACBAN.

He also urged the herders to support him in the task of bringing lasting peace to the country.

The President appealed for calm among all citizens, saying that his government will give equal respect to all citizens irrespective of their ethnic, religious and geopolitical backgrounds.

President Buhari said, “I appeal to all farmers and herders for restraint, mutual respect and tolerance for one another as people destined to live together in this great country. I appeal for patience and understanding as the administration works towards lasting solutions to these conflicts.”

The President called on state governors to work with the Minister of Agriculture, who he said, had been mandated to work out a solution with the states by which herders will have access to water for their livestock, and farmers will have security against destruction of their farmlands.

President Buhari attributed part of the conflict between the two groups to the climate change phenomenon and population explosion, but regretted that its politicization by selfish individuals who did not mean well for the country did not also help matters.

He emphasized that this conflict was neither religious nor ethnic, but one that his administration has foreseen and warned about.

The President added, “Before the Benue and Taraba crises, I called the Minister of Agriculture and the Governor of Central Bank and asked them to work with the state governors on rediscovering the gazetted cattle routes, clear of farmlands that had made for peace during the First Republic.”

President Buhari expressed strong confidence that a way around the problem will be found, working with the states which have an important role to play in finding a lasting solution.

“Whatever it will take, I am determined to bring peace between farmers and herders. I urge you all to be patient and exercise restraint while we are working for an enduring solution,” he stressed.

MACBAN, led by Alhaji Mohammed Kiruwa, informed the President that the 20-million strong body had sent the delegation to endorse his bid for a second term in office on account of the administration’s achievements in office which included, the successful clampdown on kidnapping and cattle rustling; and the fight against terrorism and corrupt elements in the society.

Alhaji Kiruwa said President Buhari’s personal qualities of honesty, integrity and his unparalleled commitment to the unity and progress of the nation, also informed his association’s support for a renewal of his tenure.