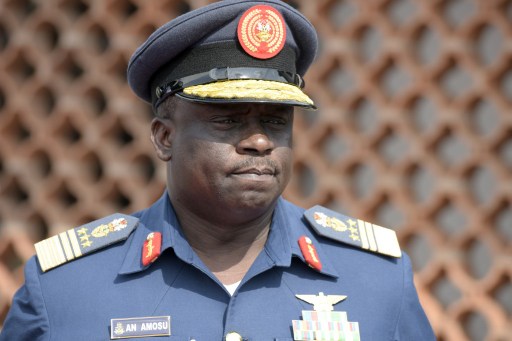 Justice Mojisola Olatoregun made the order based on an application by the Economic and Financial Crimes Commission (EFCC).

The judge ordered that the N2,244,500,000 recovered by the commission from Amosu be paid into the Treasury Single Account (TSA) with GT Bank.

Justice Olatoregun agreed with EFCC that the money is “proceeds of unlawful activity”.

Justice Olatoregun held that EFCC complied with the orders made last June 7, including that the interim forfeiture of the sums be advertised in The Nation and Punch newspapers.

The judge dismissed the counter-affidavits by Amosu and Gbadebo, holding that they did not justify the money’s valid ownership.

She also dismissed their arguments that they were presently undergoing trial over the same sums sought to be forfeited and that granting the final forfeiture order would foist a “fait accompli” on the trial court.

According to Justice Olatoregun, the forfeiture case was an “action in rem” and non-conviction-based.

“The requirements for the two proceedings are different and distinct,” she held.

The judge emphasised that in a forfeiture proceedings, evidential burden shifted to the respondents to prove that they obtained the money lawfully, which she said they failed to do.

“The case (forfeiture proceedings) can go on in the face of the criminal proceedings,” she said.

According to her, the respondents did not provide any justification for not granting the EFCC’s application.

“They failed to provide any facts as to the level of probability to ascertain if the funds were obtained lawfully.

“Upon examination of the two applications asking that the interim orders be set aside, I found no reason to set aside the orders. The applications are hereby dismissed.

“The only conclusion I can reach is that the funds are proceeds of an unlawful activity. The affidavits disclose no reason why the order of final forfeiture should not be made,” she held.

After ordering the sums’ final forfeiture, she directed the EFCC to file an affidavit of compliance within 14 days.

Amosu, Gbadebo and former NAF Chief of Accounts and Budgeting Air Vice Marshal Jacob were on trial before Justice Mohammed Idris, who was elevated to the Court of Appeal last year.

They were re-arraigned before Justice Chukwujekwu Aneke, but the trial is yet to resume.