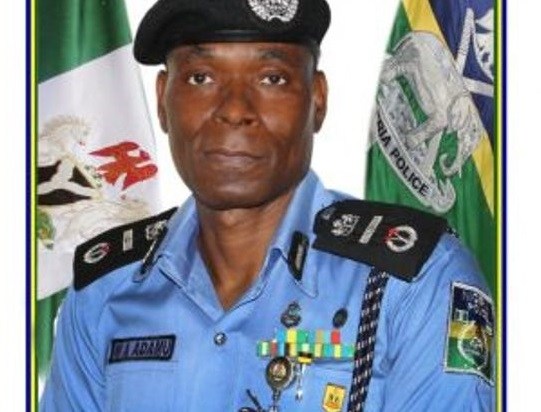 There are strong indications that four out of the seven Deputy Inspectors-General of Police in the Nigeria Police Force may leave the force alongside the former Inspector-General of Police, Ibrahim Idris, who retired on Tuesday.

It was gathered that the DIGs, who are members of the Police Management Team and senior to the acting IG, Mohammed Adamu, might be forced out of the service to pave the way for him to set up a new management team he could work with.

It was gathered that those that might be affected by the reorganisation  include DIG Maigari Dikko in Charge of Department of Finance and Administration; DIG Joshuak Habila, Department of Operations; DIG Emmanuel Inyang, Information and Communications Technology; and DIG Agboola Oshodi-Glover, Logistics and Supply Departments.

A source stated, “The three DIGs were on the same rank as Adamu last year. In fact, Abdallah was a Commissioner of Police the same time the acting IG was also a CP, so they were almost on the same level. By virtue of this fact, the new police boss may include them in his management team and save their career from sudden death.”

It was gathered that Abdallah, who has about six years to retire, may be the worst casualty of the purge if Adamu decided to dispense with all the police management team members.

One of our correspondents further learnt that the decision to retain any of the PMT members rested on the acting IG, who is expected to write to the Police Service Commission about his chosen team members.

Meanwhile, the new Police Chief has reportedly reversed some last-minute postings and redeployments carried out by Idris few days before his retirement.

It was gathered that the redeployment of the Lagos State Commissioner of Police, Imohimi Edgal, by the former IG was overturned while other senior officers who were also posted to new commands and formations had been asked to stay action until further notice.

This development, sources said, meant that the redeployment order by Idris would not be obeyed unless sanctioned by the acting IG.

Shortly after meeting with the DIGs in his office at the force headquarters, Adamu was seen going from floor to floor, meeting officers and familiarising himself with his men.

The acting IG, who was decorated with his new rank at the State House by President Muhammadu Buhari, hailed from Lafia, Nasarawa State, and is a holder of Bachelor of Science degree in Geography.

He enlisted into the Force on February 1, 1986 as Cadet Assistant Superintendent and had attended several Senior Officer Courses on Law Enforcement, Crime Prevention, Control and Management within and outside Nigeria.

Before his appointment as acting IG, he was at the National Institute for Policy and Strategic Studies, Kuru, Jos, Plateau State.

He was also the Commissioner of Police in Ekiti and Enugu states and also Assistant Inspector-General of Police in charge of Zone 5 Police Command Headquarters, Benin, Edo State.

Earlier on Tuesday, the acting IG said the police under his watch would be professional and fair to all parties while providing security for the general elections beginning on February 16.

Adamu stated that there were rules of engagement for the Nigeria Police, adding they would be strictly applied in dealing with security matters. He stressed that the police would not pander to the desires of any groups or interests.

Adamu was decorated by President Muhammadu Buhari at the Presidential Villa. Idris, who was appointed IG in 2016, bowed out on Tuesday as he retired from service at the age of 60 years.

Adamu had gone to see Buhari in company with Idris, shortly before the new IG was decorated.

The decoration took place after Adamu had earlier on Tuesday morning met briefly with the Chief of Staff to the President, Mr Abba Kyari.

Speaking with State House correspondents after the decoration, Adamu stated, “Well, we are professionals. We are going to stick to the rules. We are going to do the right thing; we will not go outside the ethics of our job to do things that are untoward. Everybody will be given a level playing field to play his or her politics.”

Asked to speak on the strategies in place for the elections, Adamu replied, “On the elections, you have heard from the former IG; adequate arrangements have been made to make sure that free and fair and credible elections take place in Nigeria.

“We are going to build on the strategies put in place to make sure that we have hitch-free elections in the country.”

On his part, Idris bade Nigerians goodbye, saying that he handed over to an officer he knew so well and had the training to head the police.

Idris advised his successor to go round the country and adopt measures to ensure that the police “gives maximum protection to lives and property.”

Adamu’s appointment ended weeks of speculation and suspicion over the alleged plan by Buhari to extend Idris tenure.

Meanwhile, the Peoples Democratic Party and other groups have advised the acting IG to immediately re-engineer the force.

The PDP berated  Idris for shameful and partisan tenure, which, it alleged destroyed professionalism in the police and compromised the lives and property of Nigerians.

The PDP demanded that he must be held accountable for all the perceived atrocities he allegedly committed while in office.

The PDP National Publicity Secretary, Kola Ologbondiyan, in a statement in Abuja, said Idris would be remembered as the only IG who allegedly surrendered the responsibilities of his exalted office to the whims and caprices of politicians close to the Buhari Presidency.

Ologbondiyan said, “He (Idris) defied the need to secure troubled areas and watched carelessly while an integral part of our nation was engulfed in bloody clashes. Idris will also be remembered as that police officer, who had a penchant for accusing innocent Nigerians of ridiculous allegations.

“Throughout his inglorious tenure, he functioned as the commander of the militant wing of the APC, just to retain his office and remain in power.”

Ologbondiyan also  urged the new police chief to avoid the pitfalls of his predecessor.

Also, the PDP National Chairman, Uche Secondus, advised the new IG to ensure credibility by clearing the mess allegedly  heaped on the force by Idris.

Secondus, according to a statement by his media aide,  Ike Abonyi, spoke while addressing the PDP supporters at the Freedom Square, Osogbo, Osun State, on Tuesday in continuation of the party’s presidential campaign.

Also, the Nigeria Governors’ Forum has asked the acting IG to bring professionalism and true leadership to policing in the country.

The governors said this in a congratulatory statement to the acting IG in Abuja on Tuesday.

The NGF said it believed that the appointment was well deserved considering the personal accomplishments of Adamu.

The NGF, in a statement by its Director General, Mr Asishana Okauru, said,   “I am absolutely sure that Adamu Mohammed would bring professionalism and true leadership to policing in our country.”

Okauru added, “I can attest to his solid pedigree and rich experience. He is arguably the most qualified serving police officer at this time, to occupy the very sensitive office of the Inspector- General of Police.”

He advised the new IG to avoid everything of Idris because the former IG served the APC and the cabals and not the Nigeria Police or the Nigerian people.

Secondus said the new IG had a herculean task because, according to him, enough damage had been done to the force allegedly by his predecessor.