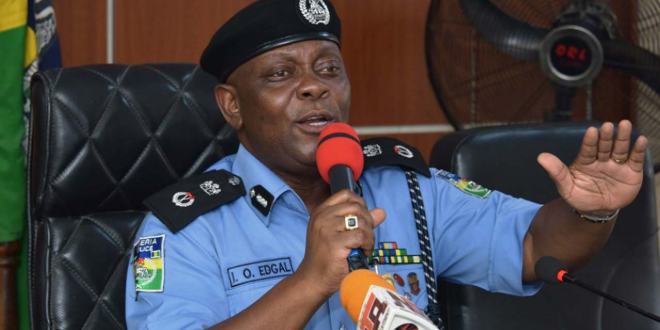 I am still in charge of Lagos Command — CP Edgal

The Commissioner of Police in Lagos, CP Edgal Imohimi, on Tuesday said he “is still in charge” in the state.

“I am still in charge, no change of guard,” Edgal told newsmen at Lagos State Police Command, Ikeja, where he was expected to hand over to a new Acting Commissioner, Kayode Egbetokun.

The News Agency of Nigeria (NAN) reports that CP Edgal was reportedly redeployed to Abuja on Sunday and replaced with Egbetokun.

Edgal told newsmen that there was a directive from Police higher authority to maintain status quo.

“We are waiting for further directive from above but for now, there is no change of guard.

“I am happy that you find this office worthy enough to come and witness what we are doing here.
“I consider it a honour and that honour is same and reciprocal,” he said.

NAN reports that Egbetokun, who was also present at the briefing in his new rank of Commissioner of Police, did not make any comment on the issue.

NAN also observed that Egbetokun’s official car which was parked at the CP’s parking space was immediately removed and replaced with Edgal’s official car as soon as they got directive to suspend the hand over.
Egbetokun left the state command immediately after the briefing. (NAN)