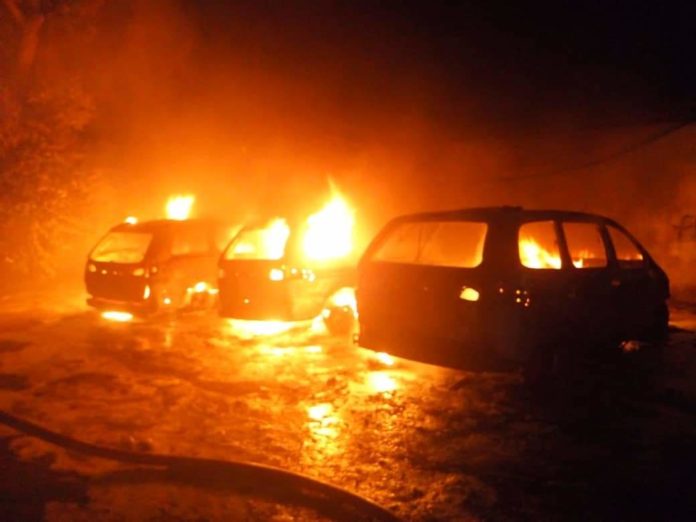 Three Sienna buses were completed razed while two coaster buses were also burning when men of the Enugu fire Service arrived to put out the fire.

A witness said the vehicles were parked at an artist’s shop near Tickles, Ogui New Layout, where they were being branded when the arsonists attacked.

They allegedly used gun powder to set the fire.

The resultant explosion reportedly attracted residents who called in the fire service.

A chieftain of the party, Dan Nwomeh, also confirmed the development.

“Three Sienna buses completely razed down. Two coaster buses almost gutted before the arrival of the state fire service. Who is doing this?” Mr Nwomeh lamented

He said the police have launched an investigation into the matter. He, however, said the cause of the inferno is yet unknown.