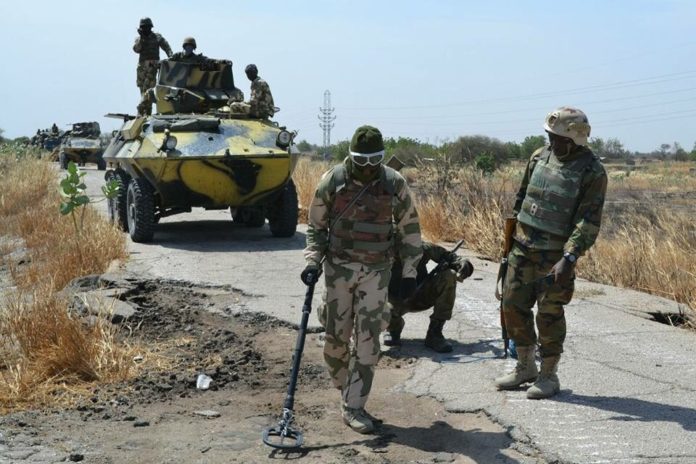 The Nigerian Army on Sunday said its troops had successfully diffused a bomb planted by Boko Haram insurgents on Kawuri-Alauri Road in Konduga Local Government Area of Borno.

In a twitter post, the army said that troops of the 222 Battalion on clearance operations diffused an Improvised Explosive Device (IEDs) planted on the road by the insurgents.