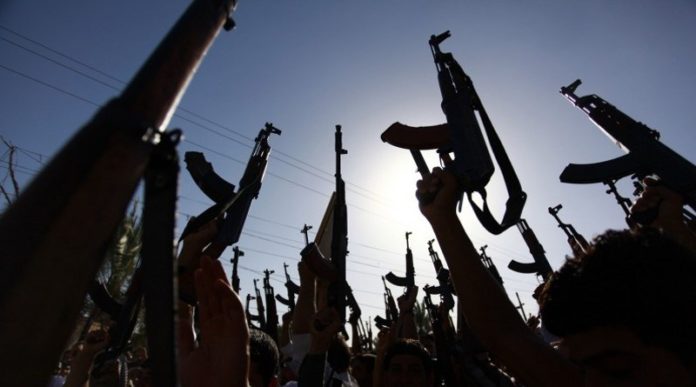 The 4-kilometre Akure/Owo Road in Ondo State used to be considered safe by motorists and commuters. Whatever time of the day you chose to drive on the road, you could be sure of reaching your destination safely.

But that now seems a long time ago. Kidnappers appear to be succeeding in taking over that artery linking the state with neighbouring Edo and Kogi states, and converting the forests on both sides of the road into their den.

Once victims are seized on the road, they are taken deep into the bush, brutalized, traumatized and dehumanized. Their relations are contacted by the kidnappers through the phone, ransoms are demanded and negotiations reached on how to get the victims released.

But one such recent victim could not make it back to his relations alive. Taiwo Akinyemi,a lecturer at the   Ondo State owned tertiary institution, Rufus Giwa Polytechnic (RUGIPO) was shot dead by his abductors even after collecting ransom from his relatives.

Akinyemi and three of his colleagues had run into the trap of the kidnappers late last year near Amurin village on their way to Akure after closing from work.

While Akinyemi’s three colleagues were released after five days in captivity, the kidnappers held on to him.

In the intervening period, it was learnt, Akinyemi’s relatives and the authorities of the institution tried to raise funds to pay the kidnappers for his freedom.

The Akinyemis heaved a sigh of relief after the kidnappers collected the ransom.But the relief soon turned into grief after they discovered their loved one dead. He had been shot and matcheted ,his legs tied to a tree.

About a week after, another set of  RUGIPO workers were abducted close to the same spot  Akinyemi and the other three were kidnapped.

This time around, providence intervened early, for the victims were let off in no time.

But the development sent the entire polytechnic community into a meltdown.

The chairman of the Senior Staff Association of Nigeria Polytechnic (SSANIP), Chris Olowolade, described the death of Akinyemi as a colossal loss to the institution and his family.

“The kidnappers placed a ransom of N100m on him and nobody could raise that,” Olowolade said.

“We later negotiated and they agreed that we should pay N500,000 and we made an attempt to pay,  but he was shot in  the back by the kidnappers and matcheted before he gave up the ghost.”

Dr. Rahman Abubakar,a  lecturer at the polytechnic, is worried by the increasing spate of insecurity in the state.

His is particularly irked by the fact that the polytechnic staff have become targets for kidnapping.

Abubakar, who once escaped from gunmen at the Iluabo community near Akure, wants security operatives to tackle the upsurge of criminality, especially kidnapping in the area.

Some interest groups in the state have also registered their displeasure at the brigandage on the Akure/Owo Road.

Members of the Nigerian Bar Association(NBA), Owo branch, recently took to streets to ask  the authorities to restore sanity to the road.

Chairman of the local NBA, Mr. Tajudeen Olutope-Ahmed  led the  protest walk  that took the lawyers to different parts of the city, including the palace of the Olowo of Owo.

The lawyers lamented the total collapse of security system in the Owo axis and Ondo State in general.

They urged the federal and state governments to take drastic steps to arrest the situation before it gets out of hand.

Similar sentiments were expressed by retired staff of the polytechnic.

Their secretary, Tunde Ayegbusi,in a statement, said: “We former staffers of RUGIPO are sad on the spate of insecurity in the polytechnic.

“As retired workers, our lives depend heavily on the pensions we earn on regular basis here,” stressing that the wellbeing of the management staff, workers and students  of the institution was of paramount importance to them.

Two students, Adeolu John and Catherine Ojewumi, said the present development in the polytechnic called for prompt attention of the federal and state governments in providing adequate security, especially on the Owo-Akure-Ikare-Akoko Road.

The students said their academic activities were being disturbed because of anxiety on the recent attack on workers of the institution,leading to the death of their lecturer.

They urged security forces to patrol the Akure-Owo-Ikare Road regularly with a view to checking the menace of gunmen.

A commercial driver ,who plies the  Akure-Owo-Ikare-Akoko Road ,Odanye John, said  he is now filled with fear each time he drives on the highway.

He called on the state government and the state police command to give priority to regular patrol of Akure-Owo and Akoko axis roads.

A parent, Elder Michael Diekola, said he is contemplating the withdrawal of his daughter who is studying in the polytechnic.

The institution’s branch of the Academic Staff Union of Polytechnic(ASUP) at an  emergency congress on the spate  kidnapping and the welfare of its members lamented the death of Akinyemi in the hands of kidnappers, the abduction of  Mr. M.O. Olopete and  the narrow escape of some other members of staff from kidnappers  on the road.

Chairman of ASUP,Ijawoye Rafiu, and the Secretary,Ade Aikawe, who signed a communiqué issued at the end of the emergency congress, deplored the level of insecurity in the state.

Although the union commended the Ondo State government for the action it has taken so far in stemming the tide,it  charged the government not to rest on its oars in providing adequate synergy and support for security agencies.

The union also expressed shock and embarrassment at the queries by the management to its executives on the flimsy excuse of disruption of the ongoing second semester examinations.

They were accused of organising a brief prayer session for the quick release of their kidnapped colleague, prior to the commencement of examination.

ASUP wondered why the query was issued to the union leaders even after encouraging  the local branch to opt out of  the ongoing ASUP nationwide strike action, all in an effort to ensure a seamless completion of  the current academic session.

The lecturers described the action of the management as unfortunate, maintaining that it posed a serious threat not only to industrial harmony, but inimical to a greater height.

Governor Oluwarotimi Akeredolu recently summoned a meeting with all stakeholders on the security situation.

The governor also met with the leadership of herdsmen to join hands with security agencies in identifying and arresting the criminals among them.

The Commander,32 Artillery Brigade,Akure,Brigadier General  James Ataguba, and the state Commissioner of Police,Gbenga Adeyanju, said they were battle-ready to curtail the ugly trend.

Combined teams of army,police and other  security agencies have been deployed to comb the forest in the  Akoko axis to identify the kidnappers’ den therein.