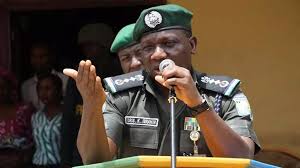 President Muhammadu Buhari has asked the attorney-general of the federation, Abubakar Malami, for a legal opinion on the possible extension of the inspector-general of police’s tenure, a senior presidency official has told TheCable.

Ibrahim Idris, appointed IGP by Buhari in March 2016, clocked 35 years in service on January 3, 2019 and should ordinarily have retired.

However, he has continued to report to office, further fuelling speculation that Buhari is planning to extend his tenure so that he could remain in office till after the elections.

Opposition parties have often accused Idris of partisanship and are opposed to tenure extension for him.

A senior presidency source told TheCable that Buhari is favourably disposed to extending Idris’ tenure “by two to three months” but would not want any legal issues around it.

“The president has asked Malami for a legal opinion on the tenure extension. He does not want to take any decision that will be upturned by the courts,” the official told TheCable.

TheCable could not confirm if Malami has written the legal advice but he is not known to go against the wish of the president.

There is yet no IGP that has enjoyed tenure extension and Idris would be the first if Malami sends in a favourable opinion.

However, it has been argued that technically, Idris is no longer a serving policeman since he has already attained the length of service for mandatory retirement by over week.

There are also questions as to why the president has not sought the input of the Nigeria Police Council over the tenure issue.

The council is made up of the president as chairman, 36 state governors, chairman of the Police Service Commission and the inspector-general of police.