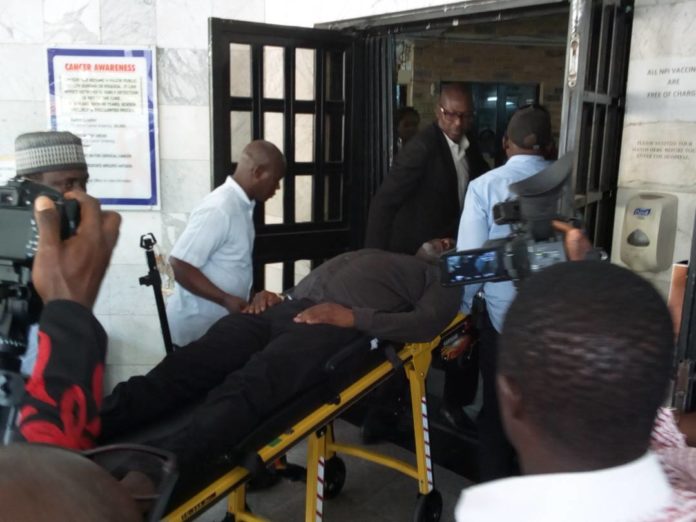 He was allegedly taken away from the Police Hospital in Garki, Abuja, where he was receiving treatment, on Friday.

He had surrendered himself for arrest after a one-week stand-off with the Police. He, however, suffered an asthma attack and was taken to the hospital for treatment.

Although, the Police had insisted that the lawmaker was fit to stand trial for his alleged culpability in the shooting of an officer, Melaye had said he needed more time to recuperate.

The Police had not issued any official statement at the time of this report.