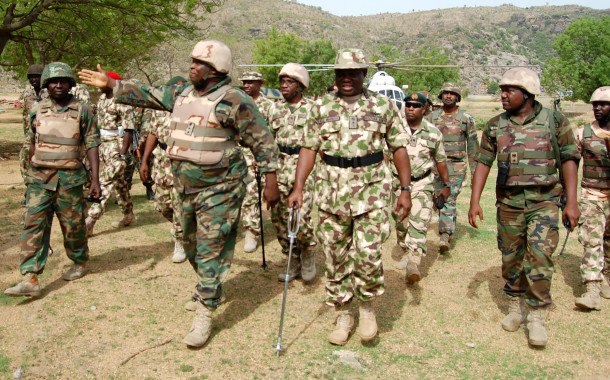 Pitfalls of national security in 2019

It is estimated that N6 trillion has been expended on security over the past five years with arguably little gains in terms of safety and security of lives and property in Nigeria.

However, in 2018, Nigeria ranked 148 in the red band of the Global Peace Index, below Lebanon and above Turkey in a measurement of 163 countries according to levels of peacefulness.

A presidential election year, 2019, is critical because of the evolving nature of insecurity in Nigeria, which has morphed from mainly terrorism and insurgency to banditry.

The dangerous spate of banditry was highlighted by the killing of a former chief of defence staff Alex Badeh by unknown gunmen on December 18th along the Abuja -Keffi road.

In 2019, apart from terrorism Nigeria is expected to strive towards curbing the problem of banditry, kidnapping for ransom, communal clashes and militancy in the Niger Delta.

This has caused an increase in the attention that Nigeria receives from human rights defenders like Amnesty International, Human Rights Watch and Transparency International, among others.

The contest between national security and best democratic practices is expected to continue in media debates, within security circles and civil society organizations.

The chatter by security analysts forecasts three scenarios for 2019: a Buhari win, an opposition win and a disputed election result.

In the first scenario, if President Muhammadu Buhari emerges victorious after the February 16th presidential elections, it is thought the government should be able to quash whatever security challenges may follow the aftermath of this outcome.

If he does not, arguably there may be a breakdown of law and order, tipping the country into serious security crisis.

A third scenario is if Buhari wins and the opposition rejects the election result.

In this case, attempts to use subversive means to disrupt the country may unleash consequences that would impact on security and peace.

In addition to pre-election and post-election scenarios in Nigeria, is how the military reacts to the recent upsurge of attacks by insurgents in the North-East.

The terror groups appear to be active and attempting to infiltrate major cities in the region.

It has been suggested that if appropriate steps are not taken, they may be successful in 2019.

It seems evident that the morale of the military is low after it suffered recent losses in the theatre of operation.

Also, the failure in intelligence gathering and inter-agency collaboration must be addressed.

It appears since the insurgency started, intelligence agencies have as yet infiltrated any of the groups.

Clearly, there is no inside information about Boko Haram and or Islamic State in West Africa (ISWA) capacities.

The military operational and tactical commands lack knowledge of Boko Haram capability and their plans, Nigeria it appears is fighting the war blindly.

Back up plans should be immediately put in place for the battalions and units spread across the North-East with no capacity for quick support if they are under attack.

It appears the insurgents are aware of these vulnerabilities and are taking advantage of it.

There are also questions regarding the number of both personnel and equipment supply to units and battalions in various parts of the theater.

It is expected that the National Assembly should investigate and tell Nigerians what was approved for the military budget and what was procured.

Nigerians should also get an explanation on why its military is not able to maintain the equipment it bought and what steps have been taken to address such challenges.

The sentiment is that it is not enough to send troops to locations without making available the necessary force multipliers for when they are under attack and cannot call for reinforcement.

The Nigeria Army recently appointed new commanders to the counter-insurgency operations with plans to reinvigorate the fight in the North-East.

It is expected that in 2019, troops would be more aggressive in taking the fight to the enclaves of the insurgents instead of holding defensive positions.

The deployment of air power is probably the greatest advantage that the Nigerian military have against the insurgents.

It is imperative that the military quickly leverage on this, now that the insurgents have acquired drones.

Importantly, in 2019 the military should end its tradition of secrecy in its budget allocations and particularly its procurement processes.

The argument that defence budgets are kept secret for national security concerns does not hold water.

Evidently, the opacity in defence spending has not solved the menace of insecurity in the country.

The arms deal scandal involving former security chiefs has established a nexus between corruption and insecurity.