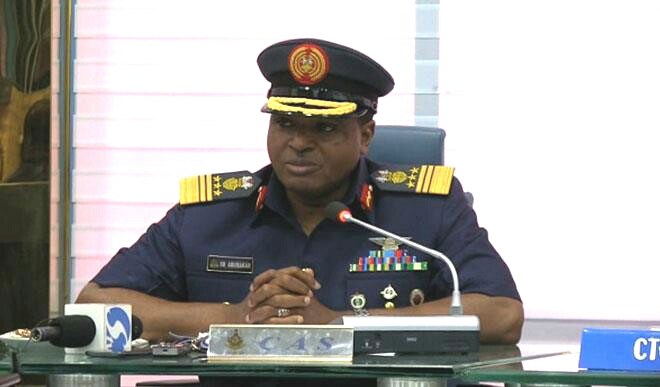 The Nigeria Air Force (NAF), says it will expand the 21 Quick Response Wing in Agatu and build a health facility that would also serve the people.

The News Agency of Nigeria (NAN), reports that NAF 21 Quick Response Wing, located in Agatu, was activated on Oct. 19, 2018, by the Chief of Air Staff.

Abubakar said that NAF was planning to expand the wing to accommodate more officers because the current premises was “a bit restrictive”.

The CAS said that the aim of NAF was to protect communities, respect their rights, show compassion and ensure that they were secured.

He explained that there was need for the construction of a good health facility that would serve the personnel and Agatu community.

“The premise that we have here now is a bit restrictive and the community has offered to support us; we are working with them to see how we can make use of the support and expand the health facility here,’’ he said.

On the general elections, he said that all officers were working to ensure that the communities were safe, and advised the personnel to remain apolitical.

He further commended the Air men and women at the Wing for the excellent job they were doing in the area and their peaceful co-existence with their host community.

NAN reports that the CAS, who also held the first Durbar with NAF 21 Quick Response Wing personnel at the Wing Officers Mess in Agatu, said that the aim of the Durbar was to appreciate the officers for a job well done.

In his remarks, the Chairman, Agatu Traditional Council, Chief Godwin Onah, said that there was absolute peace in Agatu Local government, and commended NAF for ensuring that.

“The presence of Nigeria Air Force here has given us a lot of peace; we appreciate them. Since they came here, we have peace in the entire Agatu community. There is absolute peace and the entire Agatu Community appreciates them,” he said.