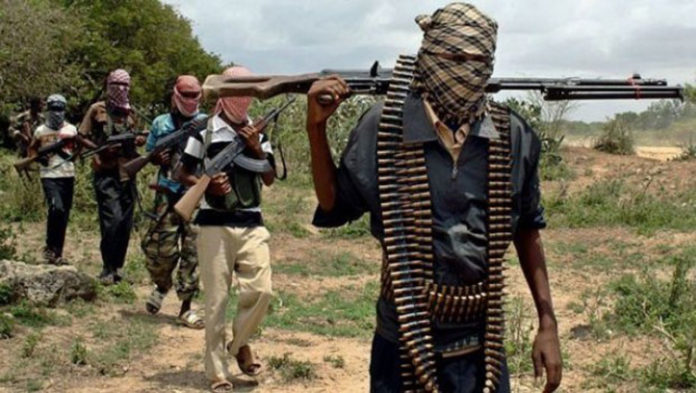 Residents of Jakana and Mainok towns of Borno state, located along Maiduguri-Damaturu road, linking Jos-Kano-Kaduna-Abuja, have alerted security agencies in Maiduguri of the quit notice served on them by the Boko Haram insurgents to vacate the towns or get killed.

Multiple sources in Jakana, told our correspondent in Maiduguri on Tuesday night that the terrorists quietly sneaked into the town, and dropped some letters asking them to vacate their community or face attack, beginning from today (Wednesday).

Consequent upon this, it was gathered that the development led to the closure of the road since Tuesday night up till 2.00pm Wednesday.

The road was later reopened to motorists and other road users from Potiskum axis to Maiduguri, spanning over 250 kilometers.

Early Wednesday, two NAF fighter jets, as well as some military and police vehicles were on surveillance and patrol respectively, up till 1.00 pm when the road was opened to motorists.

A resident petty trader in Jakana, Hashimu Mai Table said, “this may not be unconnected with the Auno attack.

“Because after the attack at Auno, the Boko Haram  insurgents sent a letter to us  in Jakana on Tuesday night, asking us (residents) to vacate the town, latest by Wednesday.

“It was further gathered that following the development, a combined team of security agents conducted house-to-house search in both Jakana and adjoining Mainok town of  Kaga local government area of the state.”

Corroborating Mai Table’s position, a commercial driver and member of the National Union of Road Transport Workers, Ali Adamu Gashua said, “we have been stranded since morning because of the message from Boko Haram to both Jakana and Mainok residents.

“We saw security vehicles passing through the road since early morning, and up till now, they are not back. We also heard that all the roads were blocked by security forces.

“Nobody goes out and nobody comes into Maiduguri through the Potiskum Damaturu road. We cannot ply the road. We were blocked at Njimtilo military check point as the highway was shut by the military.

“We are working based on information we got from the intelligence. The operation is to save lives. It is in the interest of the people, particularly, the motorists.  So, until we are through with our operation, the restriction order placed on vehicles will not be lifted,” explained top security sources.

Visits to Borno Express and Njimtilo Parks, as well as Legacy Garden revealed that hundreds of passengers and motorists were stranded.