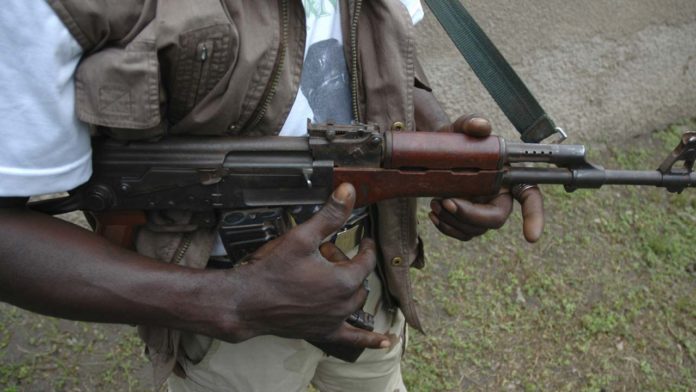 Barely two weeks after gunmen invading Gwombe community in Kuje Area Council of the Federal Capital Territory (FCT), Abuja in which two people were killed, while others sustained varying degrees of injury, another set of gunmen have again attacked Gudun-Karya community in the same council, shooting sporadically and injuring three persons.

An eyewitness, who is also a resident of the community, Usman other name withheld, said the gunmen invaded the community around 12 midnight, on Saturday.

According to him, the attackers after leaving the home of their target without finding him started firing sporadically. The situation caused pandemonium during which three persons were caught by the stray bullets.

“Actually, they missed their target when they came to kidnap a member of the community because the man was not at home,” he explained.

He said from the movement of the invaders, it was suspected that they came for a particular target, but got enraged when they could not find their target.

Usman stated that the sound of the gunshots threw the entire community into pandemonium, affirming that he saw three persons with bullet wounds lying on the ground after the gunmen had left.

“The victims were taken to a clinic at Lokogoma village in Nasarawa State,” he added.

Confirming the incident, the Special Adviser on Media to the Council Chairman, Mr Haruna Usman, said the chairman had visited the community to sympathise with the people.

He said the chairman also visited the hospital where the injured ones were receiving the treatment.