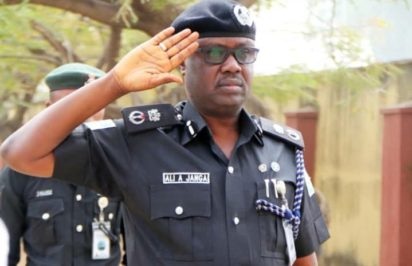 The Bauchi Police Command has said that a new Commissioner of Police has been posted to Bauchi State to take over from the outgoing Police Commissioner, Sanusi Lemu.

In a statement released to newsmen in Bauchi on Tuesday, the Public Relations Officer of the Command, Kamal Datti said the new Police Commissioner, CP Ali Ali Janga has assumed duty in the State.

“The new CP is a seasoned Police Officer with vast experience in policing both within and outside the country.

“Our new CP holds a bachelors degree in Law from University of Maiduguri with which he joined the Nigeria Police Force as Cadet Assistant Superintendent of Police on 3rd March, 1990”, the statement adds “He has occupied various positions both within and outside the country. His last posting was Commissioner of Police in charge of Kogi State Command.”

Vanguard learned that the outgoing Police Commissioner of Bauchi State, Sanusi Lemu has proceeded on a senior executive course at the National Institute For Policy And Strategic Studies (NIPPS), Kuru, Jos.