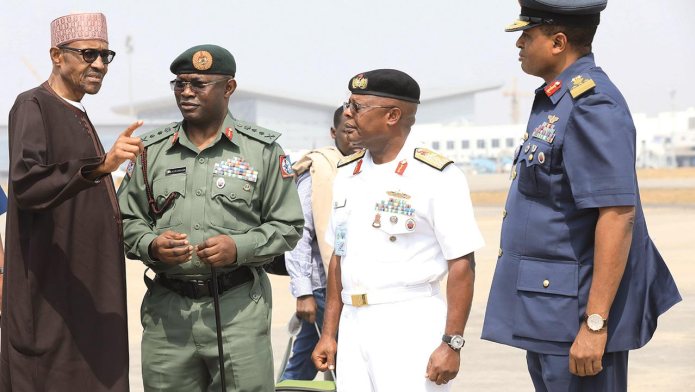 Earlier on Sunday, Nigerian military raided the offices of Daily Trust in Maiduguri, Abuja and Lagos, following the paper’s report on the heightened insecurity in the North East and planned military operations in the region.

In a terse statement by the president’s spokesman, Garba Shehu, the federal government said the issue would be resolved through dialogue.

“The Federal Government has directed the military to vacate the premises of Daily Trust and the order has been complied with.

“Issues between the military and the newspaper as they affect the coverage of the war in the Northeast will be resolved through dialogue,” he added.