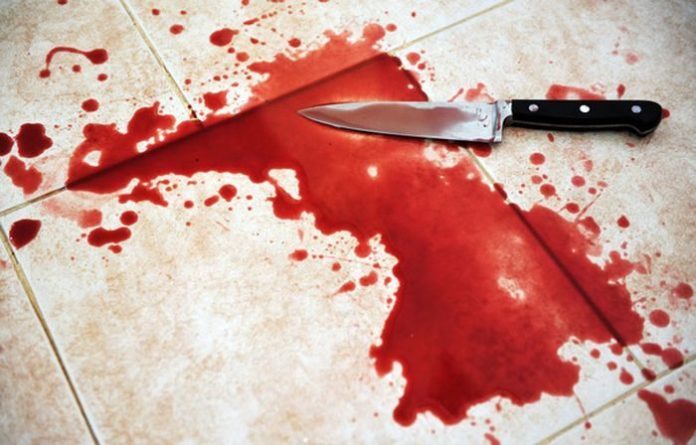 The woman leader of Ward 17 of the All Progressives Congress (APC), Ifeoma Ekeozor, and her son, Henry Ekeozor, have allegedly stabbed a young boy to death  for pasting a poster of a House of Representatives candidate of PHALGA Constituency 2 at No 40, Azikiwe Street,  Mile 2, Diobu, Port Harcourt, Rivers State.

The name of the victim was given as Chimezie Dike.

It was gathered that the poster the victim pasted belonged to the House of Representatives candidate, Collyns Owondah.

Our correspondent gathered that the deceased was not an APC member, but was contracted to paste the poster in the neighbourhood.

An eyewitness, who was simply identified as Emmanuel said there was an altercation between the suspects and victim as he was pasting the poster.

According to the source, a fight ensued thereafter, and Dike was allegedly stabbed with a dagger by Henry, and he bled to death.

Feelers revealed that the suspects allegedly attacked the victim because their preferred candidate lost out to Owondah during the party’s primary election for the federal constituency slot.

Reacting to the incident, the APC House of Representatives candidate was quoted as condemning the attack and killing of the victim.