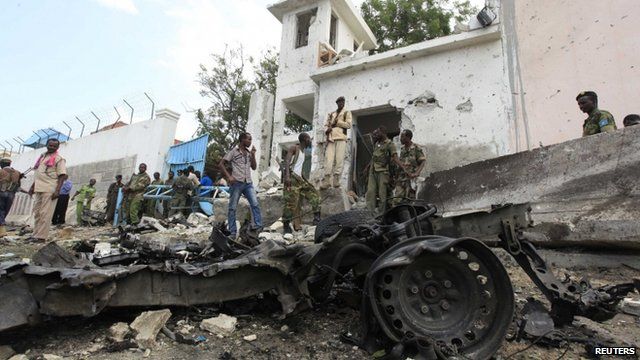 The Intergovernmental Authority on Development, IGAD, an eight-member East African bloc, on Saturday condemned the attack on the UN compound in Somali Capital Mogadishu.

IGAD said such blatant attacks demonstrated the disregard of violent extremist and terrorist group for humanitarian law and for sanctity of human life.

“IGAD stands with the people and government of Somalia in their resolve to fight against terrorism,’’ said the bloc in a statement.

Seven mortar shells were fired on Tuesday targeting the African Union Mission in Somalia base camp.

However, all of them failed to hit the intended target.

Two UN staff members and a contractor were injured during the indirect attack after the seven mortars landed inside the UN compound.

The regional bloc wished the injured, a speedy recovery and expressed its deep appreciation to the UN for its continued support to the peace and stability of Somalia.