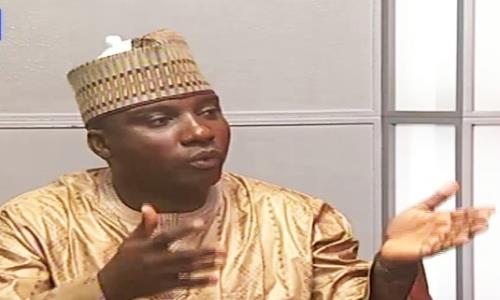 EMERGENCY DIGEST – Despite efforts by political mischief makers to downplay his contributions on the fight against Boko Haram, Governor Kashim Shettima’s led government has from 2013 to date, remained the sole financiers of hundreds of successful operations carried out by more than 20,000 volunteers of the Civilian JTF, whose overwhelming contributions in the fight against Boko Haram has been roundly acknowledged by the military, all other security stakeholders, past and incumbent federal administrations as well as residents of Borno State.

Governor Shettima’s Special Adviser on Communications and strategy, Malam Isa Gusau said this during a live interview as guest of ‘The Morning Show’ on Arise (cable) News International, in Ikoyi Lagos on Saturday. Arise which airs on DSTV world wide, is a sister to ThisDay newspapers.

Gusau said the Civilian JTF play crucial roles in intelligence gathering, easy identification and arrest of suspected insurgents and supporting the military in the war fronts.

The spokesman said it was a laughable irony that in recent days some “mischief makers are doing everything possible to smear Governor Shettima over the Boko Haram crisis, whereas the same mischief makers regularly acknowledge the roles played by patriotic members of the civilian JTF.

However, “they deliberately ignore the fact that in the last six years, Governor Shettima has been the sole person giving approvals for the operational vehicles and logistics, recruitment, training, payment of allowances, kitting and surveillance equipment to these over 20,000 heroes, under the Civilian JTF that have given everything to the fight against Boko Haram.

The mischief makers ignore that back in 2013, it was Governor Shettima who drove the process of getting making office of the National Security Adviser to approve the operational activities of the Civilian JTF and he has remained the only one funding all their operations including the coordination of their recruitment and deployments after clearance by the DSS.

The same Governor approves funds to support gallant members of the Civilian JTF including allocation of lands to the to own houses so as to encourage them and guarantee their future” Gusau noted.

The Adviser said in addition to being the sole financiers of the CJTF, Governor Shettima has from 2011 to date, been consistently according extraordinary support to the military, the police, DSS and all para-military organisations.

He said the military has consistently and publicly acknowledged the extreme support they get from Shettima.

“Only last month, the Chief of Army Staff at the closing of his annual conference in Maiduguri and before the media, described as “overwhelming”, the commitment of Governor Kashim Shettima to the Nigerian Army in the fight against Boko Haram.

Similarly, I remember that in 2014, then Director of Operations at the Defence headquarters, Major General Lawrence Ndugbane (now retired) said before the media, that Kashim Shettima is one of the Governors who helps the military to generate actionable intelligence through the Governor’s regular interactions with community leaders in Borno State.

These are all on record. So, attempts by anyone to change these public records will, like previous other attempts, become futile exercises” Gusau noted.