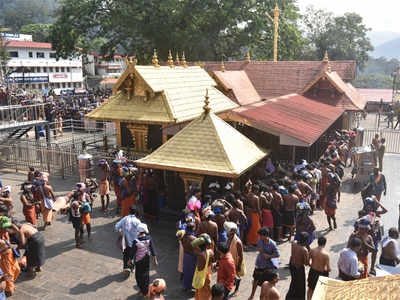 Another woman defied age-old traditions to enter an ancient Hindu temple in southern India where protests over the issue have left one dead and more than 100 injured, police and news reports said on Friday.

The Supreme Court in September lifted a temple ban on women of menstruating age on the grounds that their presence would threaten the celibacy of temple deity Lord Ayyappa.

Tension has gripped the state since Wednesday, with right-wing Hindu groups carrying out violent protests and street clashes, shutting markets and blocking roads and traffic.

While a temple activist was killed in stone-pelting protests, more than 100 people, including 21 policemen were hurt in the shutdown on Thursday, the Times of India reported.

“Sporadic protests continue to be reported Friday, but there is no shutdown. “We have arrested 1,369 people for rioting and clashes and taken 717 more into preventive custody to stop further violence,” Police spokesman, Pramod Kumar, said.

The protest rallies and strike were called by Sabarimala Karma Samithi, an organisation of Hindu groups, which is supported by the Hindu nationalist Bharatiya Janata Party, that governs at the federal level.

Kerala’s ruling Communist party has said the state government was complying with court orders and will provide protection to women devotees, who want to visit temple.

The Supreme Court ruling declared the ban on the entry of women went against the rights to equality and to worship guaranteed under India’s constitution.