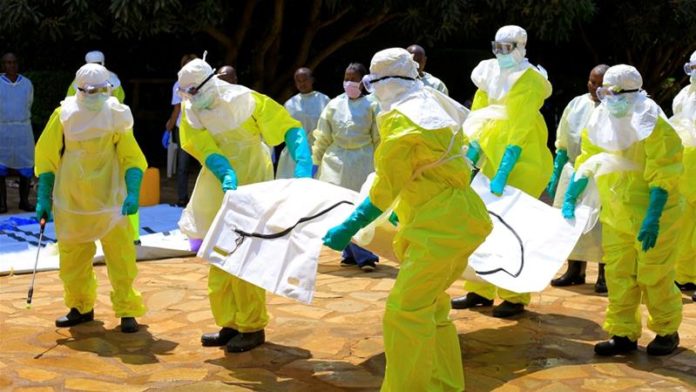 EMERGENCY DIGEST – The World Health Organisation (WHO) on Friday said there are now more than 600 confirmed or probable cases of Ebola in Congo.

The majority of new cases occurred in cities and urban areas in Eastern North Kivu province, where an Ebola outbreak was declared in August.

Numerous militia groups are fighting for control over the country’s rich natural resources in the province, hampering efforts to combat the epidemic in the impoverished nation.

“Mass protests that erupted in recent days over a delay in Congo’s presidential elections have also frustrated the work of aid officials.

“A hospital was attacked in city of Beni, for example, which resulted in fewer Ebola vaccines being handed out,’’ the WHO said.

The health agency added that a further deterioration in security would undermine the fight against the life-threatening haemorrhagic fever.

“According to the latest figures, 560 cases of Ebola have been confirmed and 48 other cases are considered likely.

“This Ebola outbreak is the second-worst ever recorded,’’ the WHO said.