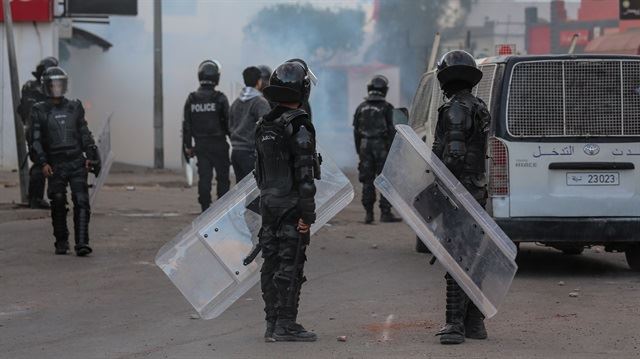 EMERGENCY DIGEST – Two militants blew themselves up during a security raid in Tunisia’s central-western province of Sidi Bouzid on Thursday, the Interior Ministry said.

According to the ministry, which is in charge of home security in Tunisia, the dawn operation targeted a house used as a shelter by “terrorist elements” in the town of Jilmah.

“The two militants detonated explosive belts they were wearing during the crackdown, which also triggered an exchange of fire,’’ the ministry said in a statement.

Tunisian media reported that three other armed militants were killed in the operation, a report that the ministry has not confirmed.

No figures about potential casualties among security forces were given.

In recent years, Tunisia witnessed a string of attacks, most of them claimed by Islamic State group.

Tunisia has stepped up a massive crackdown on suspected extremists across the North African country.

Hundreds of Tunisians are believed to have joined radical groups fighting in Libya and Syria.