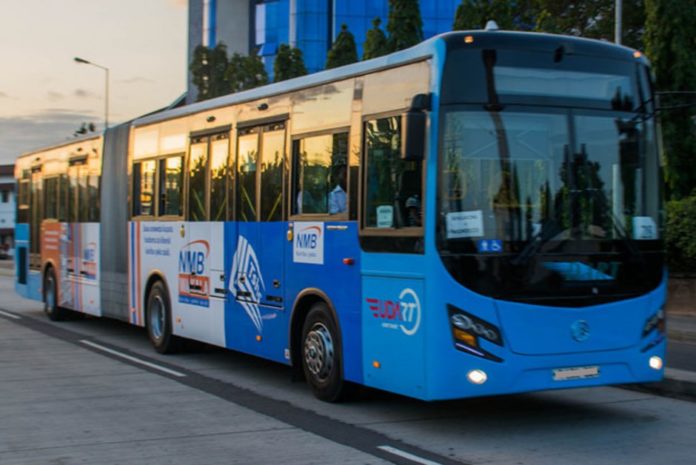 EMERGENCY DIGEST – A middle aged man lost his life while jumping from a moving Marcopolo BRT bus at Casso axis on Abeokuta/Lagos expressway on Wednesday.

Joshua Ibitomi, the Agbado Unit Commander of FRSC, confirmed the incident to the News Agency of Nigeria (NAN), in Ota, he stated that the accident happened around 5.40 p. m.

Mr Ibitomi explained that the victim boarded the BRT bus from Oshodi and mistakenly missed his steps in the process of jumping down from the vehicle at Casso Bus-Stop.

“The man died instantly because he hit his head on the road.

“The corpse of the victim has been taken to an undisclosed hospital because residents of the area are harassing and destroying property of motorists plying the road,” he said.

He also said that there was nothing on the deceased to identify him.

The unit commander said the FRSC was unable to get the BRT registration number of the vehicle because the driver had absconded before its officers got to the scene of the accident.

He, however, said that the FRSC, police and LASTMA were on ground to control traffic and restore peace to the area.

Mr Ibitomi also advised the people to desist from taking laws into their hands.