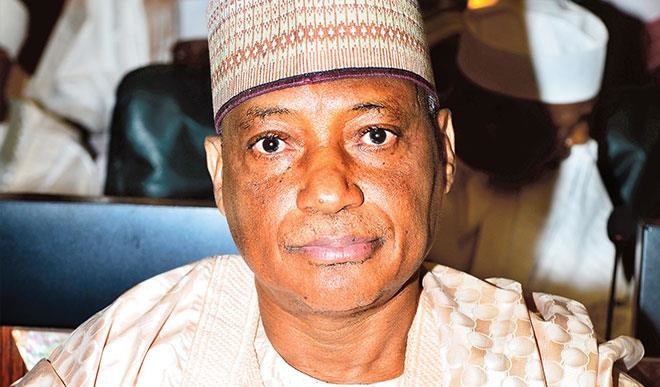 The Minister of Defence, Mansur Dan-Ali, on Wednesday flew into Maiduguri on President Muhammadu Buhari’s directives to assess situation on ground and report to him following recent attacks in Borno North.

Mr Dan-Ali confirmed this to newsmen after he held a two-hour crucial closed door meeting with the Chief of Army Staff, Lt.-Gen. Tukur Buratai, at the Military Command and Control Centre.

The senior Officers in charge of the Air Force and Navy components of the operations, as well as some field commanders attended the meeting.

Dan-Ali said: “I am here on the instruction of Mr President, to come and see the happenings in the Theatre Command of the Operation Lafia Dole”.

“I have been briefed by the Commander and the Chief of Army Staff.

“I am here to know what is expected, what the president should do to make things work and I have been briefed.

“So, I will take home all the briefings by each and every of the commanders here,’’ but declined to give further details.

Mr Dan-Ali left for the Republic of Chad after the meeting.

He is expected to hold a meeting with his Chadian counterpart in view of recent attacks by the Boko Haram terrorists on areas bordering Chad and Nigeria.

The News Agency of Nigeria reports that the Boko Haram terrorists attacked troops’ locations at Baga and Mongonu, all Borno north between Dec. 26 and Dec. 28 but were repelled.